Have you heard? Everyone's favorite cookie has been reincarnated in cake form! One bite of these mini "ebony and ivory" cakes takes you back to the moment when the milk and cookie come together in cookies and cream nirvana. These white chocolate buttercream frosted cakes are absolutely sinful!! 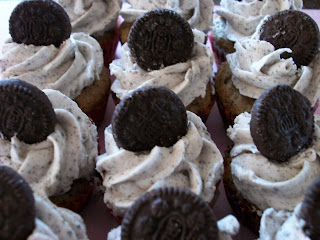 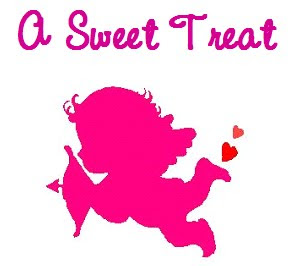 Lola Pearl Bake Shoppe & City Wine Merchant cordially invite you to share in a complimentary evening of specialty cupcakes & select wines. This event is the perfect opportunity to order your special someone that unique “sweet treat” to take your Valentine moment from ordinary to unforgettable!
Friday, February 5, 2010
circa 5:30-8 o'clock in the evening
At City Wine Merchant
715 Main Street, Buffalo

These irresistible sushi cupcakes are made with coconut, gummies, and sprinkles. The wasabi-inspired frosting shares only it's counterpart's color - no actual wasabi was used in the making of the frosting!! 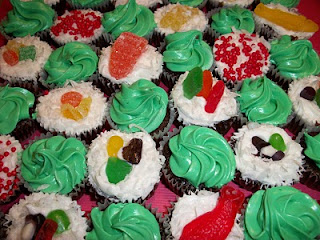 There is really not a better way to celebrate a birthday properly than with cupcakes. We love the diversity of their personalities, but there is always something else about cupcakes that makes us smile. We were in love with the cupcakes from a recent order. The birthday girl got to share these fabulous chocolate and teal cups with her favorite co-workers. 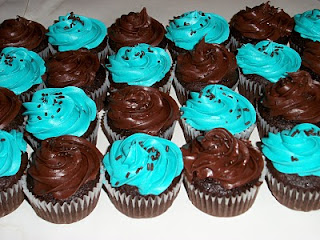 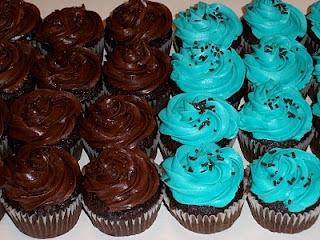 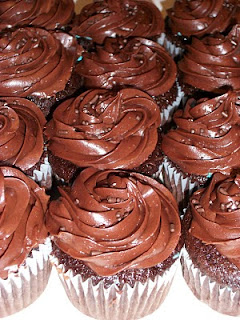 It's inauguration time! This weekend brought new responsibilities to a selection of our fellow citizens, as elected officials throughout the county pledged their allegiance to their constituents. On New Year's Day, Lola Pearl Bake Shoppe helped ring in the new year and celebrate the victory of Kevin Hardwick, newly appointed Legislator for the 10th District of Erie County in New York State. 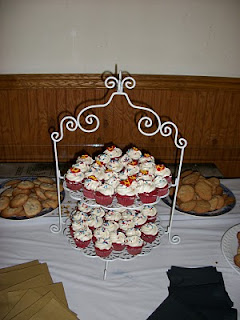 We made mini red velvet cupcakes with cream cheese frosting.

To make these extra special, we added a Superman inspired "Super Hardwick" crest (made from Fruit Roll-ups and piped frosting) 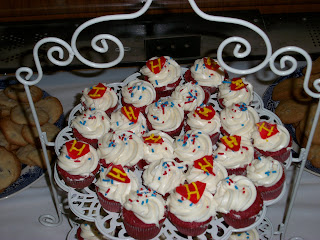